Transatlantic relations at a crossroads 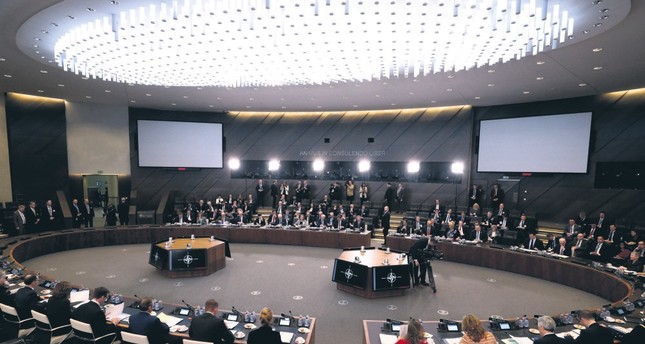 The alliance between the U.S. and Europe is still of great importance for global security and stability and the two sides of the Atlantic face many common challenges. But while the post-Cold War order is undergoing fundamental changes, so are transatlantic relations


Transatlantic ties between the United States and Europe have been strained recently. At the moment, it is not easy to hold on to the presumption that the ties are unshakable. Common security interests crowned by the establishment of NATO in addition to shared values and history have led to lasting partnerships; however, nowadays discussions are mainly about the future of the relationships and their relevance.
The alliance between the U.S. and Europe is still of great importance for global security and stability and the two sides of the Atlantic face many common challenges. But while the post-Cold War order is undergoing fundamental changes, so are transatlantic relations.
Since the end of World War II, the security of Europe has been the first priority for the U.S. Those were the times when the European order was the defining element of the world order. Their alliance against the common threats originating from the Soviet Union shaped their relations. But today, American citizens cannot understand why the security of Europe is so dependent on the U.S. and why their tax money goes to Europe.
On the American side, the presidency of Donald Trump and his "America First" agenda can be listed as the major reason for the dramatic change in transatlantic relations. However, Trump is not the first American president to question the nature of their relationship and the financial burden of NATO on the U.S., especially when there are many rich European countries. But Trump is the first one to challenge it so openly. The shift to unilateralism in American foreign policy is not something new either. It started before Trump's presidency and will probably continue after his term, but all this adds to Europeans' growing sense of insecurity.
On the European side, the EU is less stable than it was before. First of all, Brexit challenged the idea that the EU was inevitable. It opened a new era of uncertainty in the bloc, questioning the future of the union. It is the first time that a country wants to disintegrate from such a prestigious and exemplary union. Second, Russia's return to the game as a major power challenges the ideals of the EU project, which is based on the concept that the future belongs to civilian power. Russia reminds us of the cold facade of realism, that hard power matters. Third, the rise of China as an economic power threatens European and American interests, but they are unable to agree on how to deal with it. Finally, the rise of populist leaders and far-right parties shows us that there is a crack in the European dream.
Transatlantic relations are undergoing a fundamental redefinition. The U.S. is shifting its orientation away from Europe. It is only selectively engaged in European affairs. The U.S. has embarked on a new era of restraint where the abandonment of alliances including NATO has been pronounced. The EU, on the other hand, has lost its point of reference in the absence of the U.S., which was always on its side. It tries to establish a more balanced relationship with the U.S. but lacks the strategic culture to formulate an adequate response to the challenges it faces.
The two sides need to reestablish their relations based on shared interests and values, and rebuild trust. But for that to be successful, the U.S. must recognize that it is more powerful working with allies. The EU knows that it is important to retain its good and close relations with the U.S., and it also knows that it must put something on the table as well. However, with the turmoil inside the EU, it is not sure if it can get the political support and the financial resources to invest with.
Karel Valansi, Daily Sabah 12 December 2018
https://www.dailysabah.com/op-ed/2018/12/12/transatlantic-relations-at-a-crossroads