Aaron Stein: “This is the breakdown of the most positive aspect of AKP’s foreign and domestic policy”

Ağustos 05, 2015
So much happened since the ISIS attack to the Amara Cultural Center in Suruc near the Syrian border, to claim 32 lives. We discussed with Aaron Stein, nonresident fellow at the Atlantic Council´s Rafik Hariri Center for the Middle East, the domestic consequences of this attack, its impact to the peace process, the shift in Turkey’s Incirlik policy, and the future of the Syrian civil conflict.

Turkey had enjoyed a relative quiet up to now. The terrorist attack in Suruc is considered by most analysts as a spill over of Syrian civil conflict into Turkey. Do you agree?
Yes, I think it is definitely a spill over from the Syrian civil conflict. But I will just say that it is the most recent spill over of the Syrian civil conflict. Refugees are the most obvious sign of what has been the cost of the Syrian civil war for Turkey since 2012. But in terms of the Turkish-Kurdish conflict, the spill over began in July 2012 both with the emergence of the PYD taking governance of three non-contiguous cantons as they call it; but now there are just two; Jazira and Kobani and the movement of Kurds from Turkey to Syria to fight with the YPG, many of which were killed in battle and were coming home for numerous funerals since 2012, 2013. Often times Kurdish fighters killed in battle with rebel groups that Turkey supports. With the emergence of the Islamic State, there has been at least two bombings of Kurdish targets inside Turkey by the Islamic State. Perhaps a third. There has clearly been a blowback from the conflict and this blowback is increasingly focusing on Kurds.

This was not the first ISIS attack as you said, what makes it different that at the end Turkey changed its Incirlik policy?
The change is threefold. One, this attack was far more sophisticated than any other one that we have seen. If you include the Chechen woman, this is the fourth ISIS linked bombing attack in Turkey. This was better organized and it really drove the final nail into the coffin of the peace process. That is one angle. The second angle; the international public opinion has turned considerable against Turkey. Ankara needed to change both its image globally and to fight back against the perception that it supports Islamic State. Third, I think the uniting of the cantons of Kobani and Jazira brought into play the idea that the Kurds can continue to move across the Euphrates, east from Afrin even with U.S. air support to try basically control all of the border. All of that suggested that Ankara has to take more definitive action resulting with the change of its Incirlik policy and perhaps the air strike policy as well.

Can you name the three ISIS linked attacks to clarify that we are talking about the same attacks?
Sure. The Adana and Mersin attacks on the HDP offices look like the Islamic State, but nobody has taken credit for it. So I am including that one. There is June 5th bombing of the HDP rally by Orhan G. It looks like he is connected to the bomber of the leftist meeting in Suruc. At least the two bombers that we know of, were Turkish citizens. The number of Turks fighting in the Islamic State is high and up until very recently they were able to go back crossing the border.

Turkey was reluctant before, but now it granted access to Incirlik airbase and we are talking about a safe area in Syria. How all these can change the U.S. - Turkey relations?
It remains to be seen. Certainly Incirlik was something that the United States wanted access to because it cuts down the flight time over Syria. But for Turkey it was the only piece of leverage to try to force a change to U.S. policy in terms of introducing a no-fly zone. Turkey did not get all that it wanted. In fact, Turkey got very little of what it wanted. But I do think that there was a compromise here and that the compromise is the creation of what the Turks are calling a “de facto safe zone” which actually does not mean anything but the idea that you have a zone free of ISIS and free of PYD for that matter, that will have been implied threat of U.S. jets shooting down Assad’s jets if they fly or come near it, will help create an almost safe zone that will ease the refugee burden and allow the rebels to have more coherent governance in an area along the Turkish territory. It also protects the key supply lines from the Turkish border to the rebels so that Turkey can continue to support the war against Assad. So to answer your question, I think it is a compromise but I think a lot still has to be worked out. Depending on where the final details, many of the areas that have been talked about in the press as being part of this future area have a significant presence of Jabhat al-Nusra and Ahrar al-Sham. So it is going to be hard to say how the U.S. will manage to give close air support to one rebel group, while withholding them from others.

And what about the relations between the two countries?
This is an agreement and it is a compromise, it came after nine months of negotiations. There is considerable, I would say, distress about Turkey’s relationship with ISIS. While there is similar distrust in Turkey of the United States and its policy. There is a feeling that Obama is washing his hands of Syria and leaving the mess to Turkey to deal with all on its own. I think it will take a lot more than just an agreement on an airbase to cover up the problems and all of these difficulties.

Turkey bombed ISIS and PKK targets at the same time. Police launched raids against ISIS and PKK militants across country. And unfortunately we are seeing the domestic consequences of it…
We are seeing the domestic consequences. The breakdown of the most positive aspect of AKP’s foreign policy and domestic policy, in my opinion, since it came into power which is the political will, and commitment of political capital to try to solve the Kurdish issue. The AKP’s Syria policy and the spill over has made differences between these two sides even greater. And this has really hurt or at least really undermined the peace process. It looks like it is getting more nationalist on the government side and a Kurdish political movement that is split in terms of condemning the obvious attacks against police officers in Turkey and the need to express political support for both PKK and PYD fighting ISIS in Iraq and Syria.

What do you thing about the future of the peace process?
I think all sides at the top political level have internalized the need to solve this issue through negotiations. But I think the HDP leadership is completely sincere in its accusations even it is not true, they believe the AKP is cooperating with ISIS against the PYD in Syria. And I sincerely believe that the current government believes that HDP is playing a double game and it is not committed to the peace process. So, with that in mind, there is wide split between these two important groups. You have the indications that it will be even more difficult to solve this and that the promise of reconciliation, which remained in place up until March of this year, has been sidelined for domestic political reasons on the AKP side, and for military and political related reasons on the Kurdish side.

What did Turkey expect from the NATO meeting? What is the meaning of this meeting?
I think Turkey takes its NATO membership very seriously and often turns to the alliance for international legitimacy to justify its independent military operations. Turkey asks burden sharing in times of crises. I think Turkey knew it was not going to get a declaration of an intervention on its behalf. My understanding is that the alliance does not want to get involved in Syria other than giving some support in some areas in the case of terrorism, or to help with the foreign fighter issue. With that said, most of the alliance members act individually as countries. All that are involved in the air war against the Islamic State are mostly in Iraq where the European actors are operating; the Dutch, the Belgians, the French, the Americans. Syria is the British and the Americans. So Turkey is the third NATO country to join the air war explicitly in Syria, although on a very limited level thus far. So I think what Turkey would expect is support for its “anti-terror” operation which will extend beyond and will also include PKK.

President Obama has said that the U.S. is cooperating with Turkey and Jordan on foreign fighter’s issue. How is the situation in Turkey? Is there a severe returning foreign fighter’s danger?
The foreign fighter issue in Turkey has gotten better in the last few months. Before it started bombing in Syria, Turkey was the co-chair of the foreign fighter task force on the anti-ISIS coalition with the U.S. It took its job very seriously in recent months. With that said, the border was left open for three years. So it is hard to fix a problem that has grown as large as it has. The Suruc bombing and the HDP bombings show, beside Westerners and Arabs and basically individuals from every part of the globe people coming through Turkey to Syria, you have also Turks that went to fight in Syria. Those Turks are coming home and those Turks are posing threat not really to the Western world but to Turkey.

How do you see the future of the Syrian conflict? What’s next?
It is truly hard to say. There seems to be some movements among major regional backers to support a political solution. You have a broad agreement among most of the regional backers that a political solution is necessary to solve the Syrian problem. How to get there is the key problem between the U.S. and Turkey. Whether Assad stays or not, we will have a de facto situation where different rebel groups control different parts of Syria and those rebel groups govern differently from one and other. All of these point to either a semi-failed state, or the country breaking apart. Or those different rebels groups may continue to fight one another, all of which spells more trouble for Turkey along its borders. 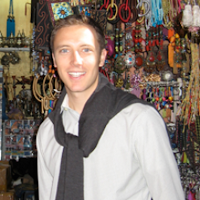