The Atlantic Council - The Israeli president’s visit, are Israel-Turkey relations back on track? 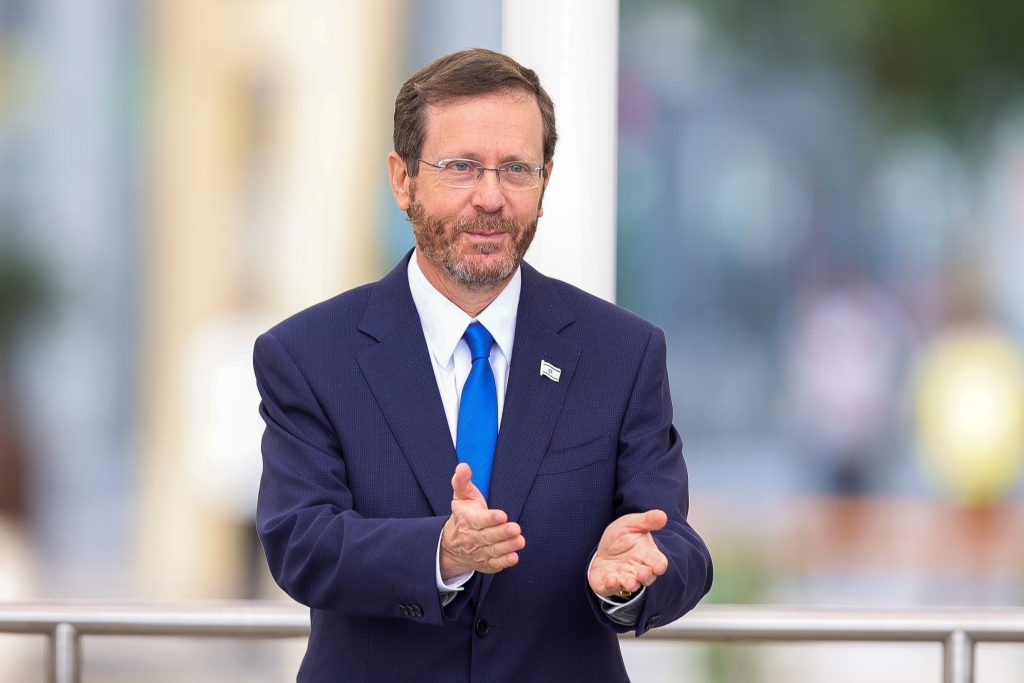 After a decade of strained relations between the two nations, Israeli President Isaac Herzog is paying an official visit to Turkey. This visit happens as part of a broad normalization effort by Turkey as the country moves away from diplomatic isolation and extends an olive branch to regional powers with whom it has been at odds.

The Atlantic Council IN TURKEY asked experts to comment on the significance of the visit, each side’s expectations regarding the rapprochement, and repercussions on Eastern Mediterranean energy resources, as well as what this visit means for the regional power balance.

Karel Valansi: Watch for the thaw in ‘frosty’ Israel-Turkey relations

The non-zero-sum option for Israel

Herzog’s visit is extremely significant. It is not the beginning of a process but actually symbolizes a process of improving of relations between Turkey and Israel that is already taking place.

In both energy and security relationships, the Eastern Mediterranean doesn’t have to be a zero-sum basin, and an improvement between Israel and Turkey should not mean a downgrade in Israel’s relations with Greece—on the contrary, it is better for all if there is a cooperation. The prime minister of Greece is expected to visit Turkey next week, and it seems as though these countries as well will improve their relations. Most of the countries around the basin are US allies—and of course, it is good for the United States when its allies are cooperating and working together.

The US decision to withdraw support for the proposed EastMed pipeline—which would bring Israeli gas to Europe via Greece—doesn’t really matter because the pipeline never had any serious commercial support. It wasn’t really an option;  exporting Israeli gas to Europe will require going through Turkey. Even during the period of estrangement between Turkey and Israel, the energy dialogue was very helpful: Although it didn’t produce a concrete pipeline or investments, it left open an important channel. I hope a similar channel will be reopened between Turkey and Israel.

The energy crisis caused by Russia’s invasion of Ukraine is a wake-up call for Europe, the United States, and others to rethink their energy policies. I think there are errors including in the camp against fossil fuels. I believe it was a mistake for these countries to craft policies that treat natural gas the same way that they threat coal and oil. It’s not like spending more money on renewables somehow creates the energy intensity, today or anytime soon, to replace natural gas and even other fossil fuels. The Southern Gas Corridor, which includes the Trans-Anatolian gas pipeline, is the easiest way to bring new gas volumes into Europe—it already exists and is operational, and doesn’t have go to through permitting in Europe.

Prof. Brenda Shaffer is a nonresident senior fellow at the Atlantic Council’s Global Energy Center, a faculty member of the US Naval Postgraduate School, and a senior advisor for Energy at the Foundation for Defense of Democracies. She is the author of Energy Politics, which is used as a textbook on the geopolitics of energy in over two hundred universities. Follow her on Twitter @ProfBShaffer.

What Israel really wants from Turkey

After a decade’s worth of dysfunctional bilateral relations with Turkey, Israeli expectations for rapprochement—and Herzog’s visit to Ankara—are understandably modest. The previous normalization efforts in 2016 were quickly undone, and there is a hesitation to give Turkish President Recep Tayyip Erdoğan an easy victory without something meaningful in exchange.

What does Israel want? Unlike Erdoğan, whose press conference address specifically articulated the economic benefits of rapprochement, Herzog expressed hope that Ankara would once again become a reliable partner that engages in a cooperative, predictable relationship with Jerusalem.

In order to reach that goal, however, confidence-building measures that reset diplomatic relations are essential. This week’s meeting between Herzog and Erdoğan is a positive first step. It must later be accompanied by face-to-face meetings between Israeli and Turkish heads of state, and the exchange of ambassadors in the near future. Some Israeli officials would like Ankara to abandon its support for Hamas as a demonstration of its earnest commitment to normalizing diplomatic ties. Others hope that new initiatives addressing climate change, the secure transfer of natural gas to Europe, or other security matters could help bridge the gaps between the two sides.

Despite the shadow of Russia’s invasion of Ukraine, the conditions for restoring Israel-Turkey relations have never been more agreeable. But building back a lost partnership requires time and commitment. For Israel-Turkey ties to be successful in the long term, the parties must commit to a robust process that can withstand future challenges—including the real possibility of violence between Israelis and Palestinians—and identify bilateral and multilateral initiatives that will reframe relations in the coming decade.

Gabriel Mitchell is an expert on Eastern Mediterranean energy politics, the director of undergraduate studies at The University of Notre Dame at Tantur, and a policy fellow at the Mitvim Institute. Follow him on Twitter @GabiAMitchell.

Watch for the thaw in ‘frosty’ Israel-Turkey relations

Israeli President Isaac Herzog arrived in Turkey after his father, former Israeli President Chaim Herzog, did the same in 1992. Back then, Chaim’s visit to Turkey was the first of any Israeli president, and this week’s visit is just as important. Relations between the two governments have been frosty for the past decade—but they never broke. Turkey is trying to dig itself out of diplomatic isolation abroad and economic crisis at home. Israel is expressing cautious optimism about improving bilateral ties, but it has some demands for Turkey—and doubts about the odds that the ties will improve. For example in recent years, Israel has intensified its diplomatic and security campaigns against Hamas, while Turkey has hosted senior Hamas members recently even though Western countries including the United States designated Hamas as a terrorist group. For many years, Israel has called upon Turkey to close Hamas’s offices in Turkey.

Ending a decade of political unease with a major power like Turkey is very important for Israel. However, Israel also wants to continue to advance its good relations with Greece and Cyprus. The three countries have already held joint military exercises, and Herzog himself called these relations as alliance of stability in the Mediterranean. But one cannot forget Herzog is a head of state but not of the government. All decisions are made by Prime Minister Naftali Bennett and his coalition.

Turkey is trying to dig itself out of diplomatic isolation, wants to create a problem-free circle around itself, and made several statements about possible cooperation with Israel (but also cooperation with Egypt, United Arab Emirates, Saudi Arabia, Armenia, and others. Normalizing relations with Israel is only part of the new foreign-policy direction that Ankara has decided to pursue. Various forms of attacks on Emirati and Turkish targets by Iran-linked groups following the UAE’s and Turkey’s respective normalization steps with Israel are unlikely to be just coincidence. But I believe that, more than contributing to the consolidation of the anti-Iran camp, the energy rivalry in the Eastern Mediterranean is a major driver in Turkey’s quest for normalization with Israel.

Karel Valansi is a political columnist for T24 and Salom focused on the Middle East. She is a lecturer at Istanbul Kültür University, PhD candidate at Kadir Has University, and the author of The Crescent Moon and the Magen David, Turkish-Israeli Relations Through the Lens of the Turkish Public. Follow her on Twitter @karelvalansi.