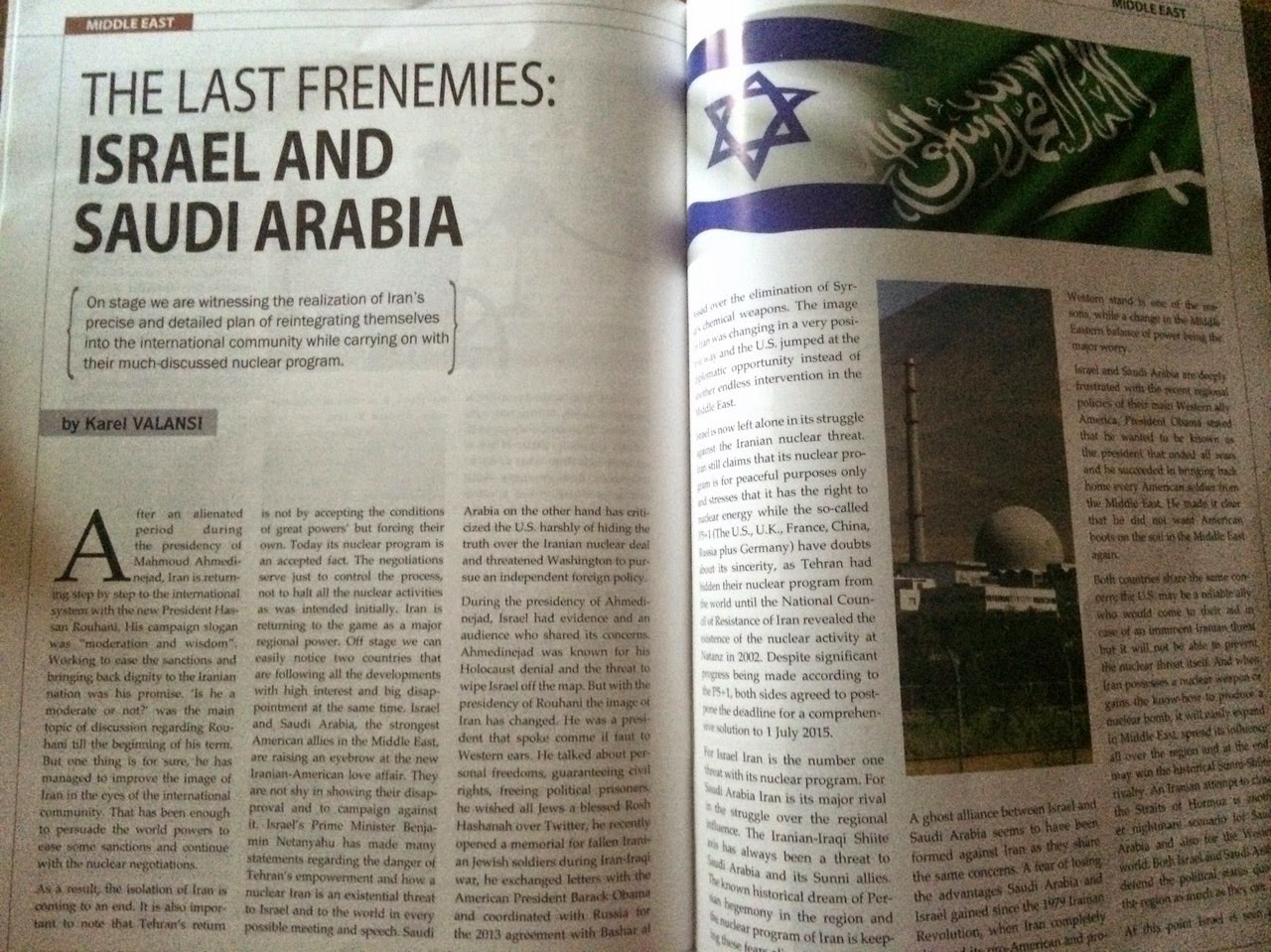 On stage we are witnessing the realization of Iranian precise and detailed plan of reintegrating themselves into the international community while continuing on with their much-discussed nuclear program. After an alienated period during the presidency of Mahmoud Ahmedinejad, Iran is returning step by step to the international system with the new President Hassan Rouhani. His campaign slogan was moderation and wisdom. Working to ease the sanctions and bringing back dignity to the Iranian nation was his promise. 'Is he moderate or not?' was the main topic of discussion for Rouhani till the beginning of his term. But one thing is for sure, he managed to improve the image of Iran in the eyes of the international community. That has been enough to persuade the world powers to ease some sanctions and continue with the nuclear negotiations.


Iran continues to moderate its foreign policy with its new president and continues to integrate into the international system. Tehran has been successful at easing the sanctions that hit its economy very hard in the past. With these developments, the balance of power in the region is changing while the historical Arab-Persian rivalry and Sunni-Shiite divide is escalating. The war against Islamic extremism and the return of Iran to its long held position as a major regional power with added nuclear capabilities is the major concern that unites Israel and Saudi Arabia. On the other hand, the Palestinian issue is the main obstacle in bilateral relations. Starting an open relation between the two countries is not very easy as the Arab streets will reject the idea and this can cost Saudi Arabia a lot more than its benefits. For Israel a nuclear Iran is an existential danger, while for Saudi Arabia it is an ideological threat. Especially the security threat that Tehran poses to both of these countries is what made them the frenemies of the Middle East.