EU struggles to find a way out from refugee crisis 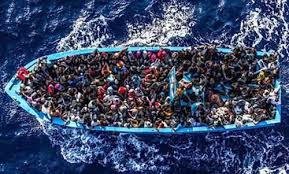 One of the major challenges the European Union had to face in the last decade is the refugee crisis that erupted following the outbreak of the Syrian war. Currently, many member states are divided over the refugee issue. Strong nationalistic movements are emerging while populist leaders and right-wing parties are gaining more and more power.
The peace that the EU could achieve after long and devastating wars, values like human rights and its soft power attract potential candidate states and also people who had to escape their homes for a safe and secure future. However, terrorist attacks carried out or inspired by Daesh made EU countries reluctant to accept refugees.
The economic situation does not help either, as many EU states fight recession, high unemployment, low or negative growth and high debts. These factors cause dissatisfaction with current governments and the status quo in general. As a consequence, xenophobia and support for far-right parties increase throughout the EU. While this trend forces political parties to lean toward the right, it also challenges European values and questions the identity and the future of the bloc.
One thing is sure; EU member states were not prepared for such a huge influx of refugees. The EU has serious problems addressing the refugee crisis born from the Syrian war that affects it directly, although the EU is not situated near the war zone.
The refugee crisis altered many decisions previously taken to unite member states into one Europe without borders, and with free movement of people and goods. EU members are re-drawing their borders with additional security measures. They are asking for their sovereignty back from Brussels in order to control their own borders. They want the Schengen agreements suspended for the same reason and do not accept refugee quotas imposed by EU.
The idea of a united Europe, formed by different nation-states with a common European identity, struggles when it faces a crisis such as this one. Although member states willingly surrender part of their sovereignty for the well-being of the EU, in times of crisis, members return to their national identities and sovereignties.
Security implications led the EU to form the first European Security Strategy in 2003 and the EU Global Strategy in June 2016. Both guidelines can be described as examples of an EU identity-building project. The latter was prepared during the height of the refugee and eurozone crisis and launched just after the British decision to leave the EU. The strategy guideline's purpose is to position the EU as a global player that wants to engage more in global security issues. This was the ambitious goal set for the EU at a time when its internal problems were apparent.
The rise in the number of refugees and the tragedies in the Mediterranean during their dangerous voyages to Europe forced the EU to find a common solution. This was a humanitarian crisis, but it also showed that there was a need to reform current EU policies. However, this influx caused a major clash of interests between the EU and its member states.
The EU tried to solve the problem with the help of various initiatives. With the Stockholm Program in 2009, the EU prepared a security roadmap and migration was recognized as a key priority. In 2015, the European Agenda on Migration was presented, with the EU going beyond strengthening security measures. It reduces the incentives for irregular migration, tries to secure external borders and creates a common asylum policy and a new policy on legal migration. It also gives priority to the Mediterranean.
Additionally, the EU funded Frontex for joint search and rescue operations. It decided to strengthen the Europol's role in order to launch operations according to the Common Security and Defense Policy in the Mediterranean to capture boats. The EU also created a forum, the Shared Awareness and De-Confliction in the Mediterranean, to gather countries and organizations affected by the migratory phenomenon in the Mediterranean to coordinate maritime security operations. However, these attempts were not enough to solve the crisis as the lack of enthusiasm from member states limited the effectiveness of the policies.
According to the Turkish Directorate General of Migration Management, Turkey currently has 3.5 million registered Syrian refugees. As EU Commissioner for European Neighbourhood Policy and Enlargement Negotiations Johannes Hahn has said, the EU is committed to assisting Turkey in dealing with this challenge because "[t]he current refugee crisis is a challenge of global dimensions. We have to work hand in hand with our partners and neighboring countries beyond EU borders which are most affected."
However, despite Turkey's central role in preventing the refugee influx into the EU via Greece, relations between the EU and Turkey have been deteriorating since the failed 2016 coup attempt. In that sense, the Varna summit that will be held in Bulgaria on March 26 with the attendance of President Recep Tayyip Erdoğan, European Council President Donald Tusk, European Commission President Jean-Claude Juncker and Bulgarian Prime Minister Boyko Borissov represents an important attempt to improve ties.
Since 2016, the EU-Turkey refugee deal mostly put a halt to the irregular arrival of Syrian refugees in Greece. But according to Frontex, the EU's southern borders on the Mediterranean will remain under heavy pressure from African migrants fleeing poverty back home and trying to reach Europe this year. In 2017, more than 18,000 Nigerians tried to reach the EU via Spain, exceeding the 14,000 Syrians who sought entry via Greece.
The EU has fundamentally been about solidarity and unity, about the dream of a common future, but the refugee crisis threatens this, as it divides from within. The issue pulls apart member states and polarizes states from within. Although there are many attempts to come up with a common solution, the rise of nationalism and xenophobia, the strengthening of far-right parties and their populist leaders, EU's dismal response to the refugee crisis and its inadequate response to the eurozone crisis makes us question the EU's values and future.
Karel Valansi, Daily Sabah March 3, 2018
https://www.dailysabah.com/op-ed/2018/03/03/eu-struggles-to-find-a-way-out-from-refugee-crisis