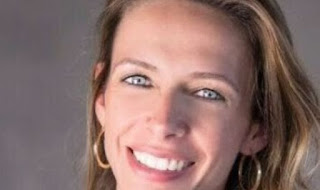 Last Saturday, the weekly newscast which reports important World news, aired a special section covering Shimon Peres, the late former President of Israel. The section broadcasted fragments from Shimon Peres’ life as well as a brief review of the relationship between Israel and Turkey highlighting Peres’s Ankara visit, his address to the Turkish Grand National Assembly and especially the Davos crisis remembered by President Recep Tayyip Erdogan “One Minute” snap.
The section also aired footage from Peres’ funeral where many World leaders gathered together to pay their respects. As a guest commentator, Valansi talked about Peres’ contributions to Israel since its foundation and his efforts to ensure peace between the Israelis and the Palestinians since the Oslo Accords.
Valansi pointing out that even though the Israeli Lobby is almost always disfavored by Turkey, through Peres’ efforts the lobby supported Turkey in the international arena. She also added that Peres was the first Israeli leader giving a speech at the Turkish Grand National Assembly.
Valansi also mentioned that Peres who started his political career as a hawk, turned into a dove by the end of 1980’s striving for peace. Valansi said that this was a common trend among Israeli leaders, however what set Peres apart from the others was that he had an unwavering faith in peace and had the ability to listen to others and truly empathize.
Şalom Turkey, 20 October 2016
http://www.salom.com.tr/SalomTurkey/haber-100806-karel_valansi_was_a_guest_commentator_on_cnn_turks_5n1k_newscast.html