The uncertainty of the post-Brexit atmosphere 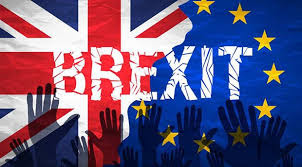 A referendum was held on June 23, 2016 to decide whether the U.K. should leave or remain in the European Union. Approximately 30 million people voted with a turnout of 72.2 percent and the "leave" votes won by a slight majority of 51.9 percent to 48.1 percent. The referendum revealed a divided country. While the north preferred to stay in the EU, the south voted to leave. Older voters went for leave, overriding the young who mostly backed remain. The final result was very close and it also showed how Euro-skepticism affected the country.
This referendum marked the start of a new period of uncertainty for the U.K. and the EU. Nobody was sure about what was coming next. The pound fell following the results and then Prime Minister David Cameron announced he would resign. Since the referendum, the U.K. got a new prime minister, Theresa May. Like Cameron, the former home secretary was against the U.K. leaving the EU during the referendum. She did accept the decision of the British people, however, and triggered the two-year process of leaving the EU. Negotiations started in June 2017, and the U.K. is scheduled to depart from the EU on March 29, 2019.
Uncertainty is the main impact of Brexit. The implementation of Brexit will show what an exit from the EU really means. Until the U.K., no country has ever decided to exit the EU. Only Greenland, one of Denmark's overseas territories with autonomy, held a referendum in 1982, and voted to leave Denmark, and it duly did after a period of negotiations. Exiting the EU was automatic.
Negotiations have started, but still much is uncertain for the U.K. and EU after Brexit. Whether it will be a "hard Brexit" or a "soft Brexit" is the main question. While this decision will outline the future relations between the U.K. and EU, it will also affect the future of the customs union and EU defense strategy.
With the negotiations, the U.K. and EU are trying to find a solution to 43 years of dependence by agreements, treaties and many other common resolutions. These negotiations do not happen only between the U.K. and EU, but also within the EU and with countries worldwide. The relations between countries and institutions may be damaged and there is always the possibility that negotiations could totally collapse. The result is always uncertainty and the unknown.
A domino effect could be a possible impact of Brexit. Brexit challenges the unity, common character and identity of the EU. We do not know what EU members' responses to Brexit and to the agreements achieved via these negotiations will be, especially to the costs involved and to the possible privileges given to the U.K. because it is the U.K. and not any other country.The future of the EU is much based on domestic politics of member states and their views of the EU. It is certain that another member state that would ask for its exit from the EU would not get the same tolerance and privileges that the U.K. might have. Their bonds with the EU, their capacities and capabilities, the availability of other options, their economic, political value for the EU and their strategic value in the world would certainly change their exit terms. As member states know this, they may question the equality of member states. This would negatively affect integration processes and the willingness of candidate countries as they would clearly see that some countries are more equal than the others.
The future of the remaining EU is also of much concern because Brexit added another challenge to the already long list of problems the EU faces. Brexit started a new era of uncertainty in the EU and questions its future. How a country could want to leave such a prestigious and exemplary union is the question that candidate countries and member countries trying to adapt will ask. In a wider sense, Brexit does not just have consequences for the future of the EU but for the future of liberalism, capitalism and the values the EU represents. Brexit also shows the need to rethink globalization.
For the EU, a soft Brexit deal may serve as a model for its future relations with Turkey. As there is no prospect of Turkey joining the EU as a full member in the near future, bilateral relations may ameliorate the situation with a flexible approach. This may initiate alternative forms of close cooperation similar to the one the EU is trying to achieve with the U.K., which will soon no longer be an EU member state.
Brexit is an open-ended process and we do not yet know what the consequences will be. But the one thing that is for sure is that even after Brexit, ties between the EU and the U.K. will not be totally cut off, as both parties benefit from them. Even through the U.K. will not be part of the EU after April 2019, it will most probably continue to have security, border and economic agreements and cooperation similar to the current situation. Due to the importance of the U.K., even when it is out of the bloc, it will have such close relations with the EU that relations will be like preferential treatment. Relations will be so close that one might think that the exit decision was just a bad dream when they wake up with a headache the next morning.
Karel Valansi DAILY SABAH 3 April 2018 https://www.dailysabah.com/op-ed/2018/04/03/the-uncertainty-of-the-post-brexit-atmosphere